New speed limits will be introduced to improve safety for all road users around the CBD and South East Light Rail route, Transport for NSW recently announced.

The speed limits are being changed to increase pedestrian safety near the light rail ahead of service commencement in December.

Following a speed zone review, the following changes will be made to speed limits:

The new speed limits will apply to both trams and vehicles.

As well as these, the speed limits will be even lower around high pedestrian areas on Devonshire and George streets.

Motorists are reminded to drive safely and remain alert of the changed traffic conditions.

Map of Reduced Speed Limits along the Light Rail Alignment 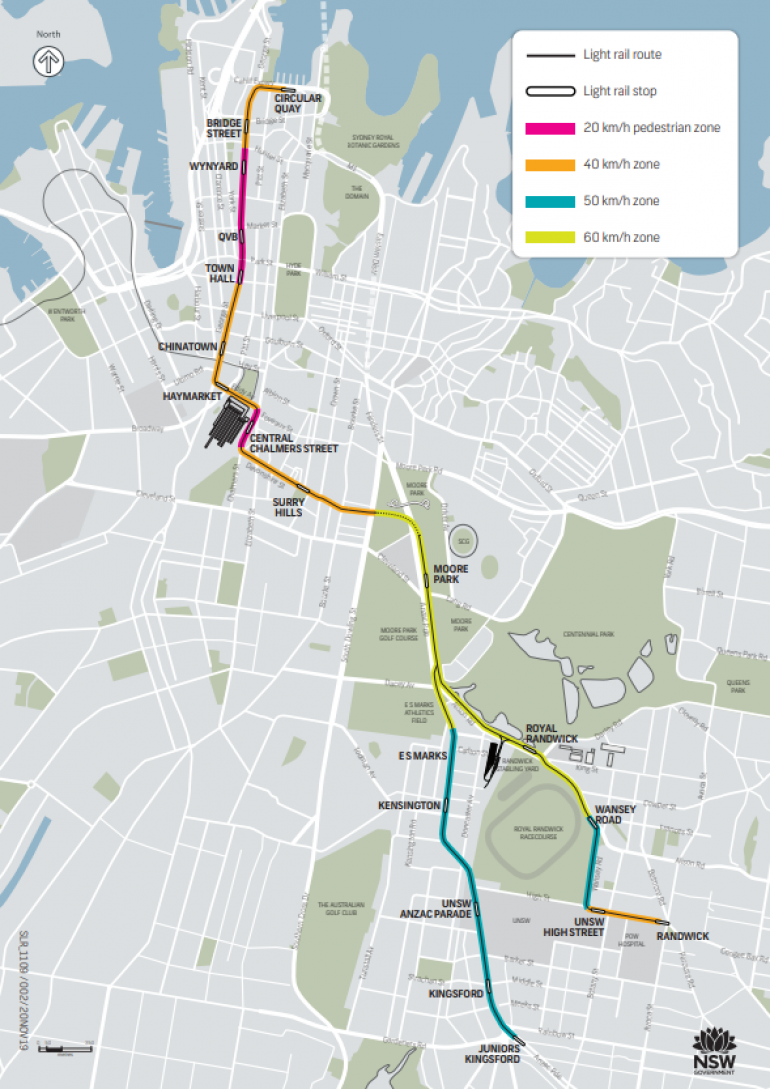 Read the Transport for NSW story in full here.

See original map of the speed zones along the light rail alignment here and of the Surry Hills speed zone map here.